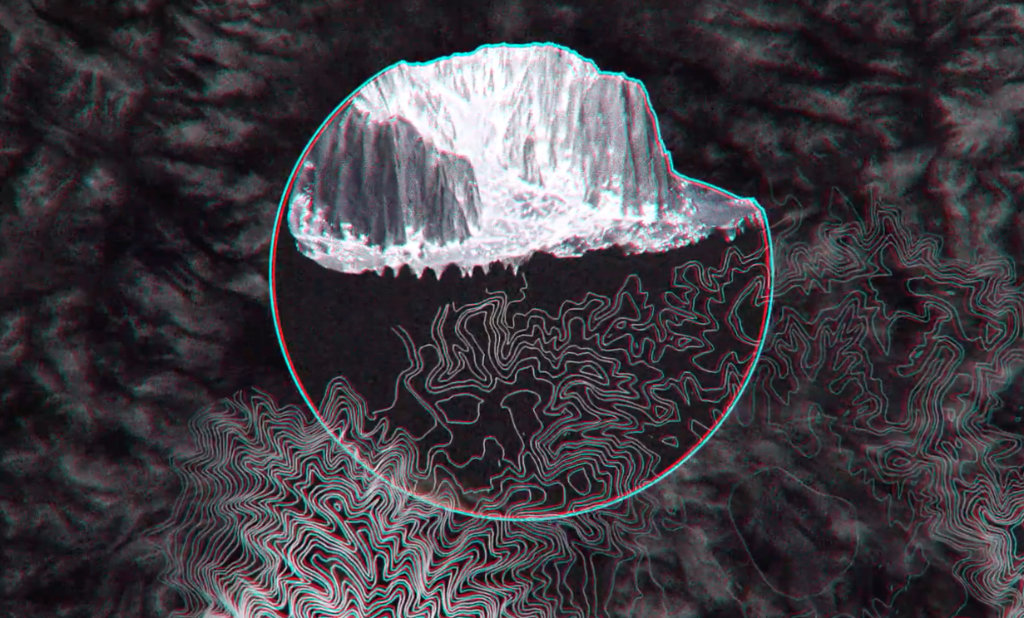 German-based artist, DJ and producer Joachim Spieth founded the music label Affin in 2007. Spieth just released his Terrain, his fourth long-player on his Affin imprint. Terrain, forged in deep solitude, reflects on the human relationship with nature. The album title relates to the idea of exploring new facets of the sonic field Spieth usually operates in. My music is also a product of my environment. I regularly go out into nature. Spieth says.

The cover, created on an exploratory tour, is originally a photo, symbolising in an abstract form a summary of what he envisioned in making the album. The principle of experimentation is my concept. I’m fascinated by sculpting sound and pushing its limit with alienation, stretching, and compression. I wouldn’t go for something purely conceptual unless it can move me. He continues.

Artist Stanislav Glazov from Berlin’s LichtPfad Studio produced the video we are premiering today for one of the tracks of the album. Spieth became aware of Glazov’s work through the cooperation he did with Dasha Rush for the Antarctic Takt project: I was intrigued by the landscape in this work, so I felt he might provide a suitable visual narrative for Terrain. Furthermore, I think he understands well what moves me musically. In the past, we already talked about my work and what I value in the process of making music.

Glazov shares that after listening to the album’s first tracks, he got into it. I was in love with it and inspired by the music. The visual ideas came in organically: leisure flight through point clouds and virtual landscapes, as well as minimalistic cartographic elements reacting to the sound; Glazov explains on the initial spark that catalysed the idea.

In this video, the sounds are augmented by the visuals, and we see the tension between the sonic and visual events. I spent some time generating the gradient curves – visualising the path of the water, looking for the shortest way to the ground and escaping the geographical features. Glazov says. The resulting geometry brings a touch of jewellery integrated into the landscape. Glazov told us about the technicalities behind the production that in Houdini, he has a dynamic simulation solution that can quickly simulate the erosion of the landscape, which is usually employed statically. He decided to use it in movement, synching the change of the terrain shape and restarting the animation every time the same musical phrase is repeated.

For Spieth was fascinating to discover Glazov’s perspective, who translated the music into a visual language that reflects the album’s mood. Terrain holds more intimate gestures and emotional sensibility. Soothing frequencies here are intended to create a state of awareness in the listener. It is a work of conceptual and emotional beauty, evoking a form of spatial imagery that is as grounding as elevating.