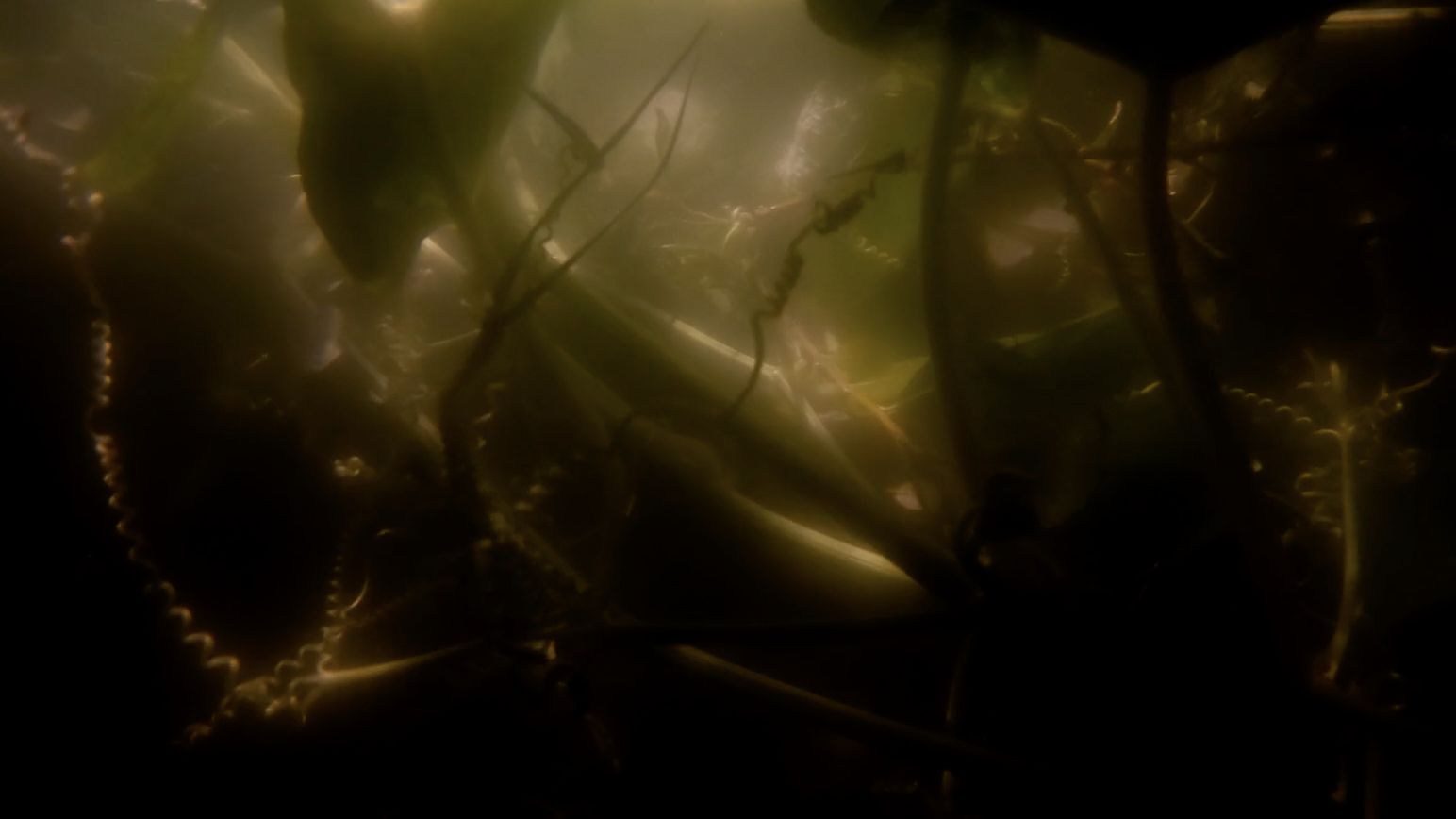 The video we are premiering today is Cruhda’s Lux Ahena, directed by Judith Adataberna. The track is the first single of Cruhda’s homonymous second album Lux Ahena (Humo Internacional, 2022), a combination between experimental electronics and dark ambient with Spanish traditional roots. Cruhda was raised at the heart of the Iberian steppe. She became part of Vaciador34, a renowned political/musical avant-garde collective based in Madrid.

The track Lux Ahena pushes the conversation between humans and technology, addressing the tensions between the forces of Time and the forces of Depths and the connection or interdependence between the inner and outer. When asked how she interprets these concepts for her own creativity and compositions/music Chruda shares that it’s In the sense that Foucault addressed it in the “Technologies of the self”; technology is certainly affecting contemporary subjectivity. A Philosophy graduate, Cruhda also brings Jung and what he calls the” Spirit of the Depths” to the equation. Over-exposure to information and capitalist structure detaches us from connecting to it. That is the inner world. But she adds that we can also use technology to express it through sound in a completely different way than it would have been in past times. Using technology nowadays to express very old human timeless subconscious questions that deeply touch her.

Lux Ahena also refers to the “Light of Bronze”. The track, as well as the video, express an inner fight for light. This fight takes place in the depths of the sea, where life started in the first place. Inner voices are cut and chopped, enlightened by the electricity of life, occurring in a struggle between the depths and the surface. Lux Ahena is the opening track that lies in the ocean. When asked about the references for the creature, she explains that Greek mythology is what she always goes back to. Strong, wild, “womanlike” creatures that are not fully a woman but a monster for the knowledge they carry make them too dangerous at the same time. We have many examples, from Circe to Medusa, the gorgons or the sirens.

The depths of the sea and the algae symbolise the subconscious world, as well as the long hair. Long hair connects to the ancestral mythological past. So, the creature that is there carries the ancestors with her. Cruhda told us when asked about the inception, production process, and the main inspirations behind the video production that they need a connection to this root if we are willing to face life in a more profound way. However, the sword symbolises the inner fight, the light of bronze, and the will to bring the depths to the surface. We cannot live in the depths forever. We need to move on and find that balance or die. That’s it.

Directed by Judith Adataberna, an experimental filmmaker whose work is very connected to wild nature, it was the perfect choice to understand this strength that comes from the wild world. She fully understands some values of my work, and I feel a profound admiration for her eyes and the originality she bears in her experimental films. They give more details about the video and say the music is a chopped chant:

It kind of emulates a need to express what comes from an electric impulse, like life, as it happens in the video. In the beginning, there are just a few impulses, and they are not fully a creature. Also, there are no words (that would bring it to the rational surface too soon). To me, it is an emotional subconscious chant that takes more strength as the song evolves and the sword appears. The strings coming from an old synth give it a medieval vibe, and the few drums surrounded by reverb and the water and bubble sounds done with a more modern synth draw all the movement into the water. This also reflects the second part of the video, where the creature starts developing longer movements in the water until the point where it reaches the surface, and the second track of the album begins. It could have died but not yet. The sword is the strength taken from the depths and carried to the surface where the community is (the outer world we live in). This fight for the balance between these two levels goes on and on for the rest of the album.