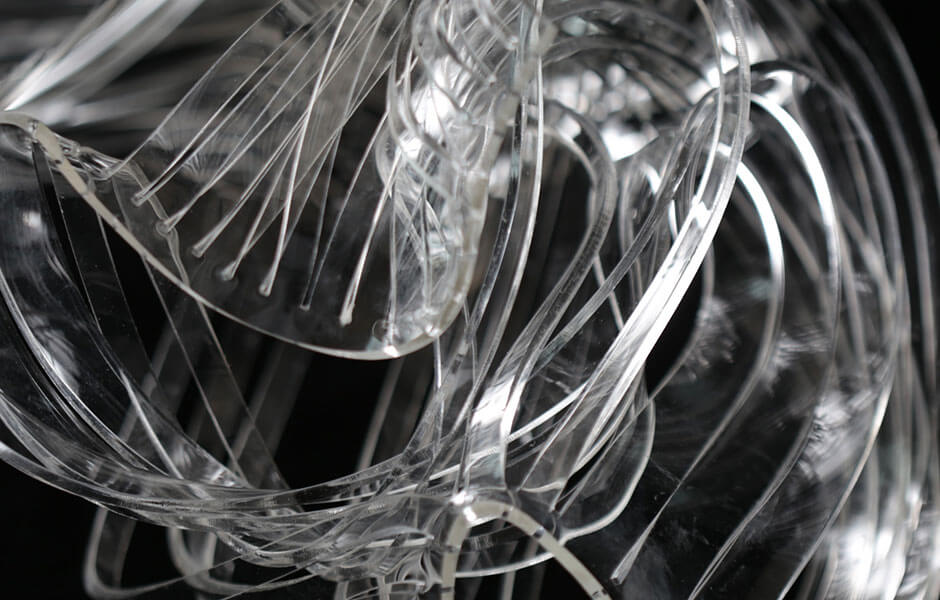 The title of the exhibition ‘Agonism/Antagonism’ derives from a relational understanding of the two terms, where ‘Agonism’ – as a political theory emphasising the importance and necessity of conflict within politics – is read as a suitable metaphor for genetic antagonism. ‘Agonism/Antagonism’ explores sexual antagonism as an inevitable aspect of genetic reproduction, which is ultimately necessary for the fitness of the species in the wider world. The show itself is the result of artist Neus Torres Tamarit’s one year residency in the laboratory of Dr Max Reuter, in the Research Department of Genetics, Evolution, and Environment at UCL; it is also part of a long-term collaboration with computer scientist Ben Murray, who together have established a partnership called ‘Phenotypica’, a title under which they have curated a series of projects that explore science through a creative lens.

As a part of her one year residency at Max Reuter’s lab at UCL, Neus Torres Tamarit has been immersed in the research of Dr Max and his team, who have been using studies of fruit flies (Drosophila melanogaster) to explore the evolution of sexual dimorphism and how adaptive divergence between the sexes is constrained by the genetics of male and female traits. The research has led to a particular focus on the phenomenon of sexual antagonism, which can be described as a genetic tug of war between two sexes. This biological understanding of sexual power structures is conceptually fascinating; the idea of discordant reproductive interests between males and females, that include differing optimal mating rates between sexes, have a number of biological and social implications that this show evokes through a series of artworks.

As well as addressing the genetic concepts that are studied at Max’s laboratory through a range of media that includes sculpture, installation and digital animation, the show takes inspiration from the conversations that developed between Max, Neus and Ben over the last year. Visual inspiration includes the flies themselves, that are the subjects of the studies, as well as the surrounding laboratory aesthetic. The exhibition is free of charge and will take place at the Grant Museum of Zoology in London, until 21st December 2018.

(All photos courtesy and copyrighted by the artist)