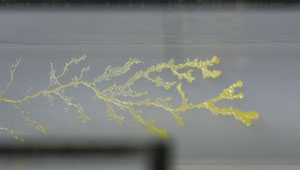 On the question of Interspecies Creativity 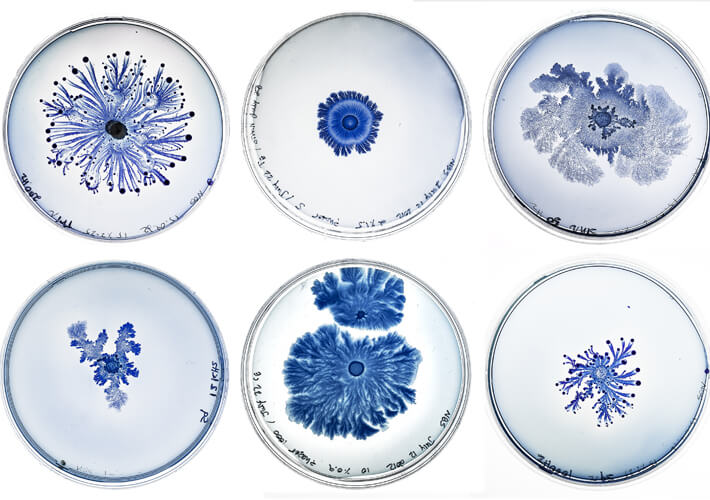 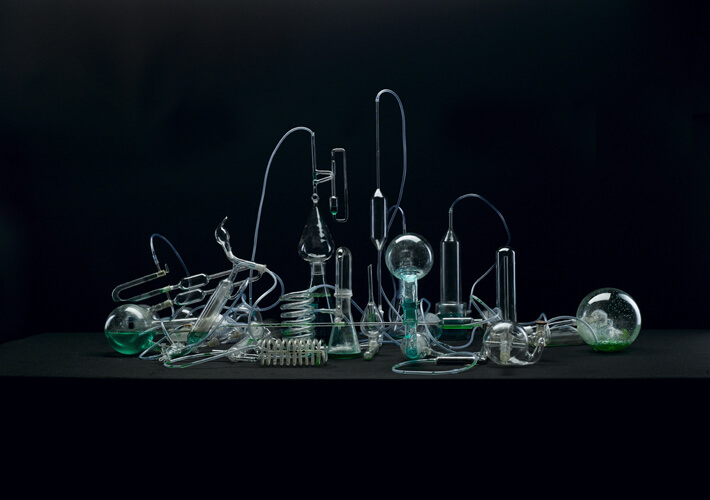 In February 2017, CLOT Magazine in collaboration with LASER Leonardo, organised a roundtable discussion on ‘Interspecies Creativity’. The idea came out after our talk in one of the LASER events celebrated during 2016. In that talk, CLOT Magazine presented artists using living organisms and biological systems as material, model and metaphor. Ranging from lower order life forms, like bacteria and slime mould, to higher order life forms like worms, bees, ants, spiders, jellyfishes and even fishes and birds, the artists establish a particular creative relationship with them.

When working creatively with living matter, questions such as the implications of shared authorship, notions of non-human subjectivity, and issues of care and control are raised. We found the need to explore the subject further and proposed to Heather Barnett, leading artist in the field, researcher, educator and Chair of London LASER, to bring together a group of practitioners engaged in creative practices with non-human life forms to explore issues connected with interspecies communication, co-creation and collaboration and ethical/legal aspects. What is the basis of interspecies co-creation? Can it constitute collaboration? Should there be a union for organisms used in bioart? What are the ethical implications? Or what are the limits and fundamental considerations of the field? These became  some of the questions that our panelists Kuai Shen, Eduardo R. Miranda and Veronica Ranner, chaired by Heather Barnett, addressed and discussed.

During the last three decades, we have beheld profound changes in our society, not only in the political and economic sphere but also in the sociological and artistic spheres. Artists using biology as a medium have catalysed a rethinking of the ethical implications of the scientific research on one hand; and of the cognitive frames and concepts such as biosemiotics on the other one. Biosemiotics is a bridge between biology and linguistics. According to the Oxford Dictionary of Biochemistry and Molecular Biology, Biosemiotics is “the study of signs, communication and information in living organisms”.

Artist Kuai Shen reflects on the interspecies relationship between insects and humans as a metaphor for a post-human ecology, in which mutualisms between artefacts and organisms take place. His current research focuses on ant mimicry in the post-biologic technology of humans based on emergence, resilience and imitation. Professor Eduardo R. Miranda is a composer and Artificial Intelligence scientist working at the crossroads of biology & music. Prof Miranda research focuses on the slime mould Physarum polycephalum to build bio-processors and interactive musical bio-computers. Veronica Ranner is a designer, artist and researcher exploring the burgeoning domain of the bio­–digital – a converging knowledge space where digitality and computational thinking meet biological matter. Her current work explores paradigm shifts in reality perception by coupling speculative (bio)material strategies and information experience through design research.  And last but not least, artist, researcher and educator Heather Barnett, Lecturer on MA Art and Science at Central Saint Martins (CSM), University of the Arts London (UAL) is one of the pioneering artist working with living materials, complex systems and biological design. Her work explores how we observe, represent and understand the world around us. Currents works include The Physarum Experiments, an ongoing ‘collaboration’ with an intelligent slime mould.

On the first part of the night, the speakers introduced their trajectory, artistic and research interests as well as their most recent lines of work. They gave insightful presentations into their practices (captured on video which we recommend), setting up the grounds for further discussion which started with considerations on where the line between the digital and the biological lies. There was an agreement that these divisions are blurring, and where before there was a clear distinction, now it’s much more diffuse. Another important aspect of this interspecies collaborative practice that was explored was the control of the artist over the other species and what kind of relationship they establish with the living system. The answers were interesting considering the different disciplines and backgrounds of our speakers. Prof Miranda discussed having total control of the organisms to explore the non-linearity in the slime mould. This consideration sounded reductive for the practice of Veronica Ranner. Reductive in a sense of reducing the possibilities of the unknown and push outcomes in the production.

The Q&A with the audience opened with questions on the ethical considerations: moral, legal and social implications. Which again raised the concerns of our speakers and audience about how blurry these important aspects are, and how little regulated they can be in an arts environment, and also the difficulty with bringing particular pieces of work to a gallery set up.The fact that the three speaker’s work with very different types of living organisms also raised the question on ethical concerns when moving up in the complexity of the organisms.

The session closed with a thoughtful question on creativity and nature that we also encourage you to discover in the Q&A video.